Adekunle Gold has responded to an accusation made by an Instagram user that he used to edit documents for internet fraudsters (Yahoo Boys).

The accusation came up as a result of Simi chastising internet scammers over the weekend and telling them not buy her songs or stream her videos because she doesn’t want to be a party to illegal money. The remarks created a lot of controversy among young boys in the society as they cautioned her not to criticize anyone as she does not know what people do and how hard they struggle to survive.

It was Simi’s remarks that got some people angered and to allege that her husband; Adekunle Gold, used to be a party to internet fraud. An Instagram user tagged Mr Gold to ask if he’s seen what his wife said about yahoo boys and also told him to warn his wife not to make such statements again. He asked; “Dekunle hope you’ve heard what your wife said about yahoo boys?”

Adekunle responded in affirmation, asking what about it. yessir. Any problem?” he responded.

The user pressed further by asking him if he’s told his wife he used to work for internet scammers. “why don’t you let her know there was a time you used to edit documents for yahoo boys for their scam activities,” he said.

Adekunle then responded in a sarcastic form. He wrote back; “there was a time like that? how come i’m just finding out myself? wow!”

The guy then replied again to Adekunle Gold, telling him to caution his wife; Simi. “Because you never find it wrong then, until the dreams became different. Just tell your wife because she had the privilege doesn’t mean other people will, & she should not criticize anyone, let people reap what they sow, no damn human being is holy.

She should put her mouth on mic and make her music and not to people’s hustle affairs…Thank You.” 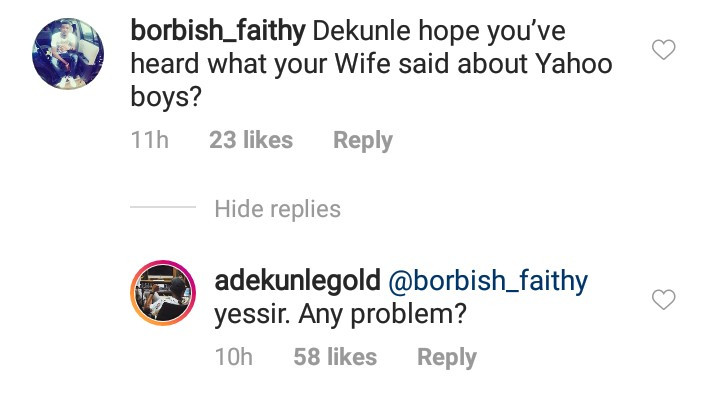 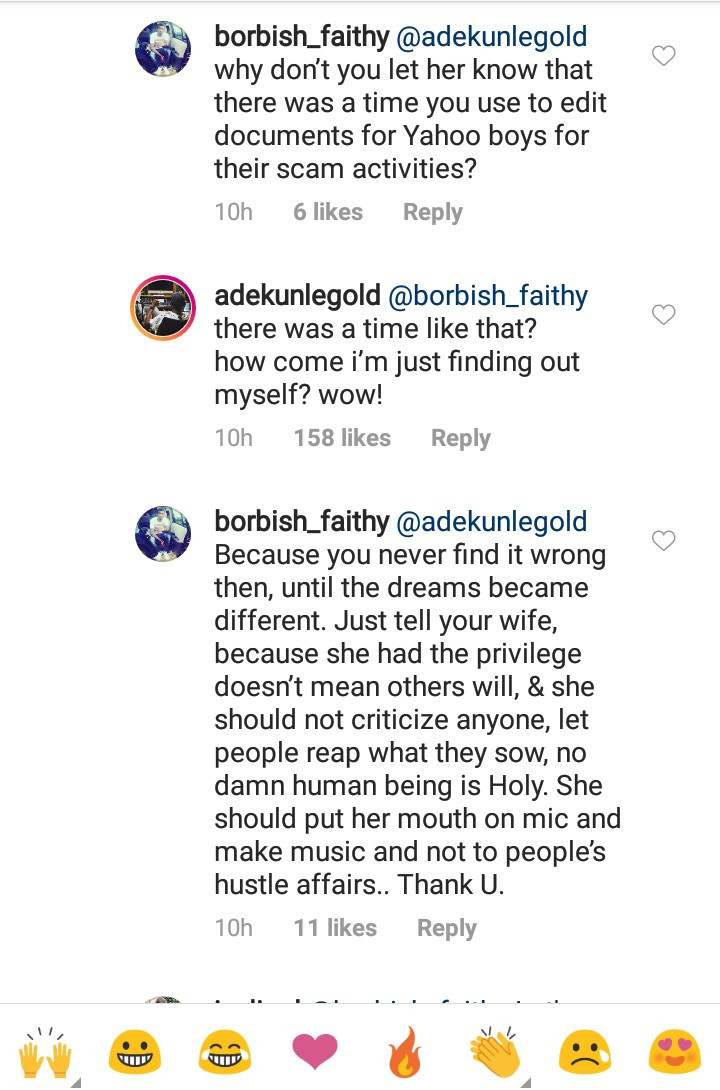 #BBNaija: “Your Front Hair Looks So Bad, You Don’t Have Edges” – Watch How Dorathy Destroyed Vee