Usman Alkali Baba, the Inspector General of Police, has ordered an investigation into Portable’s claims that he founded the notorious cult group, One-Million Boys, which terrorized parts of Lagos State.

Recall that Portable in a now-deleted video boosted stage he formed the One Million Boys and Ajah Boys Grime Gangs.

A statement released this evening by CSP Olumuyiwa Adejobi, spokesperson of the force, says the IGP has ordered Lagos state Commissioner of Police, Biodun Alabi, to investigate the indicting statement and take necessary legal action.

Adejobi added that the directive is premised on the continuous effort of the Nigeria Police Force to fish out pillars and sponsors of cult groups to decimate their activities and restore sanity to our society.

See the posts below; 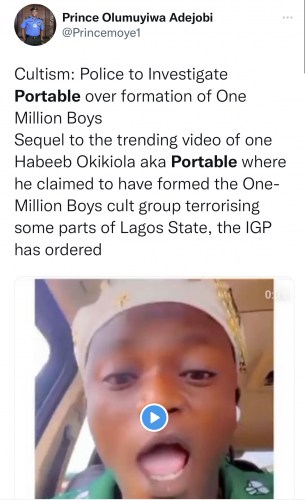 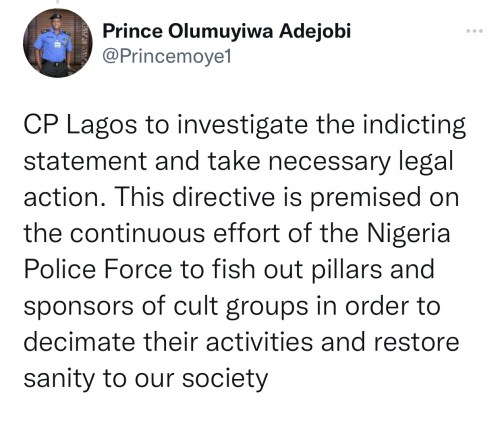 Pentagon Orders Deployment of 7,000 US Troops to Europe Amid Russia Attack on Ukraine