Wizkid’s Essence Remix featuring Justin Bieber and originally features Tems and moved up to claim the number 10 spot on the Billboard Hot 100.

This makes Essence Remix the only Nigerian song on the top 10 Billboard hot 100. It records an amazing win for the trio following the success of the original song. 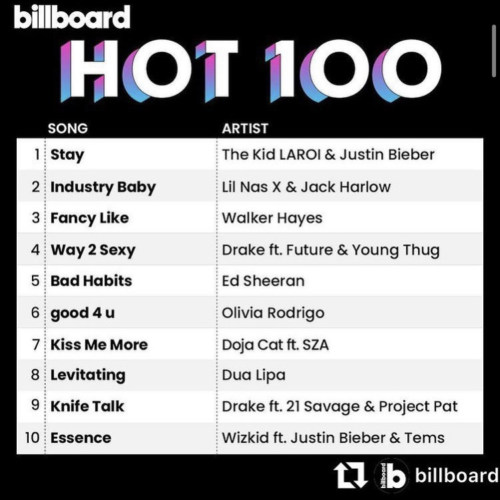 We earlier reported that Justin Beiber gave a fire performance of Essence Remix to his fans last night in Las Vegas and even proceeded to thank Wizkid after his show.

The remix came alive last month, after Justin showed interest and jumped on the song that is now famously referred to as the ‘Perfect Song Of The Summer’, and although the remix was considered rather unnecessary, it’s beginning to set records.

Congrats to the trio.

Billionaire Daughter DJ Cuppy, Reveals The Best Choice She Made In 2020