Lyta’s Baby Mama, Kemi has returned with a new episode of ‘Dragging Lyta’ and her guest appearance this week is his manager, Shigh (Seyi)

As usual, Kemi kindly took her followers down memory lane as she recounted how Lyta cried to her on various occasions about his struggling career and the part his manager played in it.

According to Kemi, Seyi hindered Lyta’s progress and made him miss dope opportunities that would have skyrocketed his Success 4 years ago.

She disclosed that Shigh is the main reason why YBNL boss, Olamide dropped Lyta in 2018 and Duro Music refused to sign him too because of Shigh.

She aggressively dragged Shigh for always shamming Lyta and allegedly bullying him to do what she wants. She added that Shigh threatened Lyta when he told Shigh that he wanted to drop her and get another her manager.

According to Kemi, Shigh told Lyta that he will never make it in the music industry without her help especially after her role in Naira Marley signing him in 2020.

She sent a direct message to her baby daddy, that though she still hates him, but she will stand up and fight his battles for him.

See her posts below 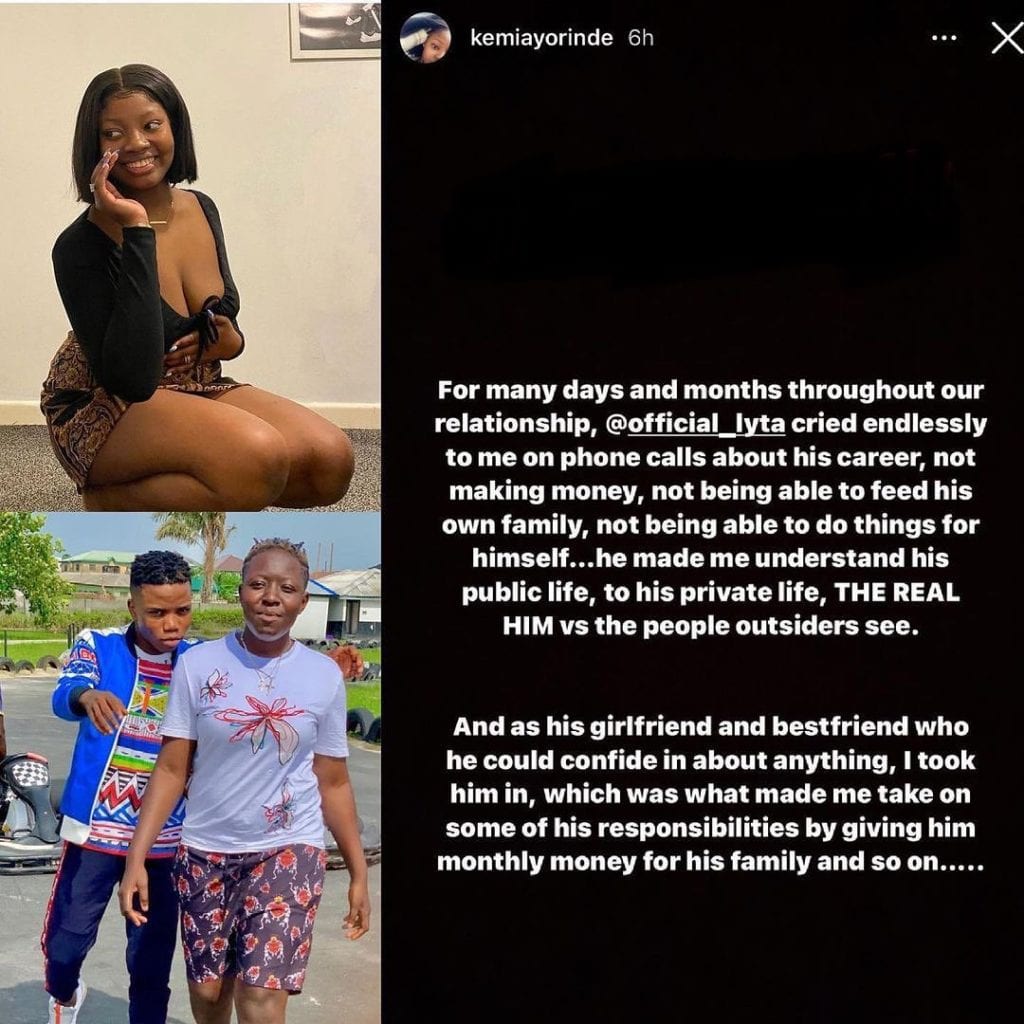 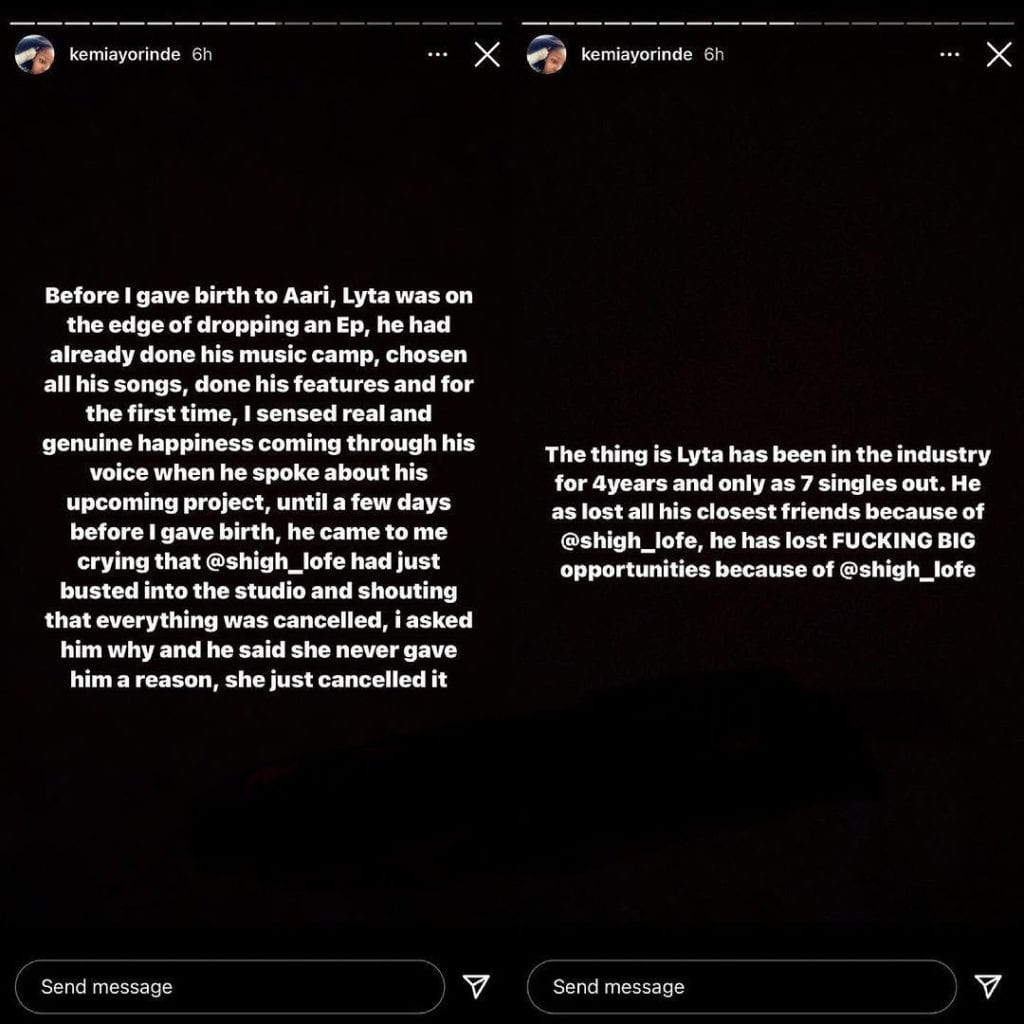 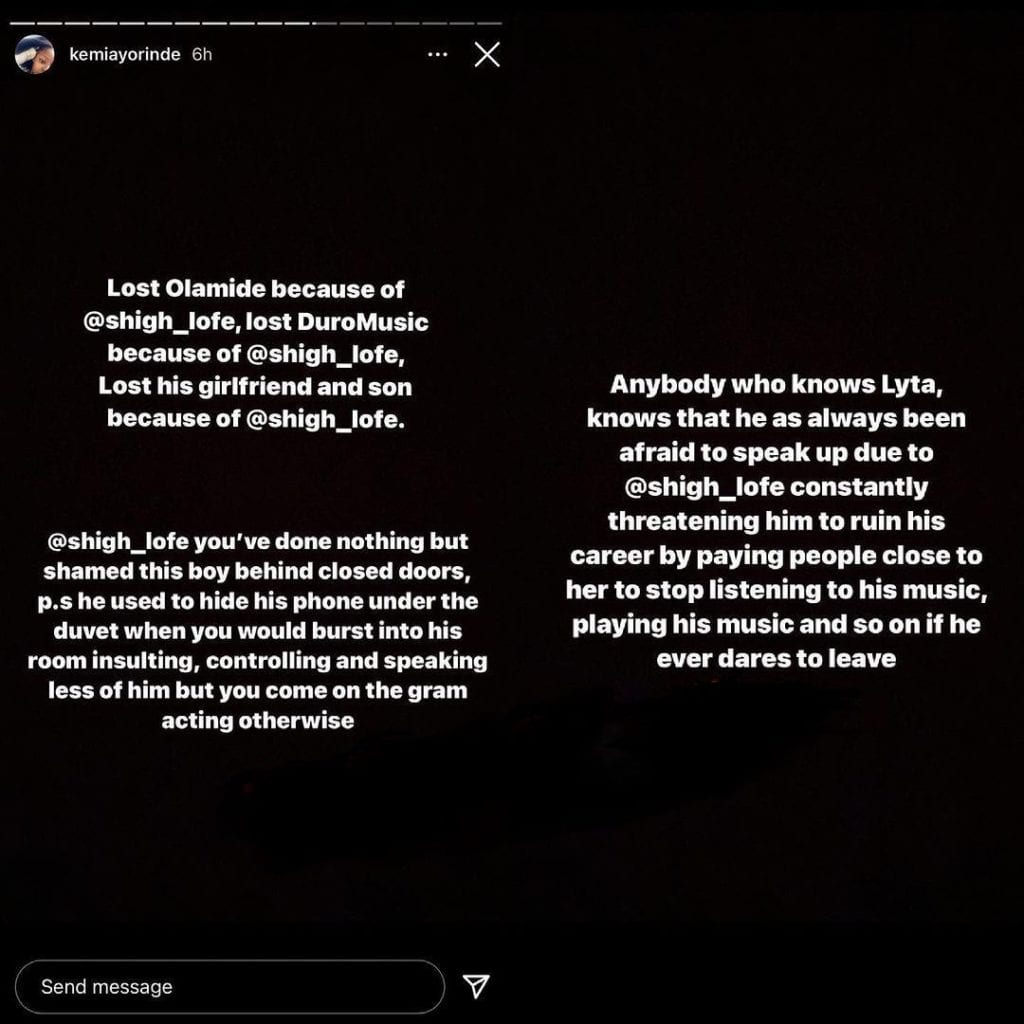 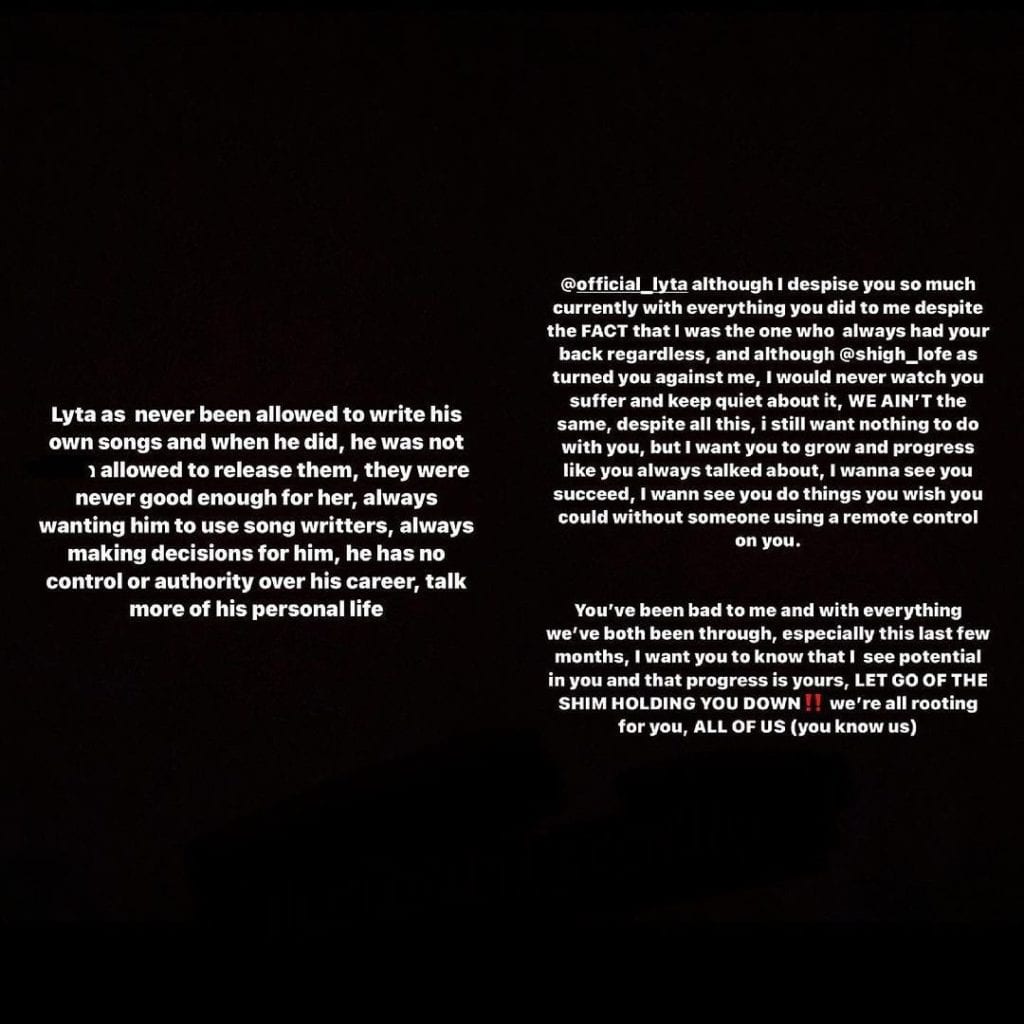 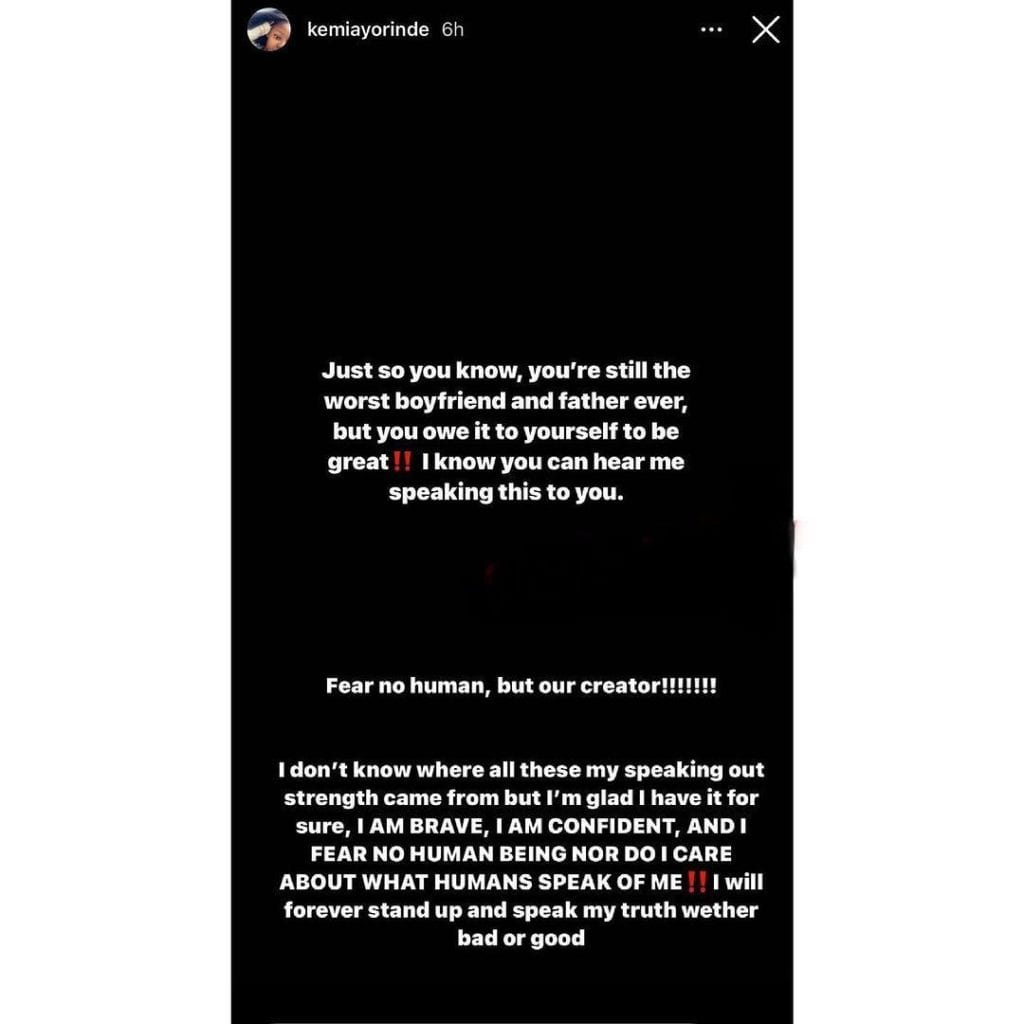