A woman has accused a Nigerian soldier of assault and she shared a video to back her allegations.

The accountant, named Ada, claimed the soldier beat her up and threatened her life because he tried to jump the ATM queue and she questioned him about it.

In the video she shared, the soldier is seen pulling his belt to use on her before others at the ATM queue stopped him. He also threatened to beat her till she vomits blood.

While intervening, other customers are seen telling Ada to let it go because the soldier could ”be her husband.”

“Madam, respect him, he can be your husband oh,” one man on the queue is heard telling the victim.”

Ada said her only crime was that she asked the officer if he was on the queue when he tried to enter the line in front of her. 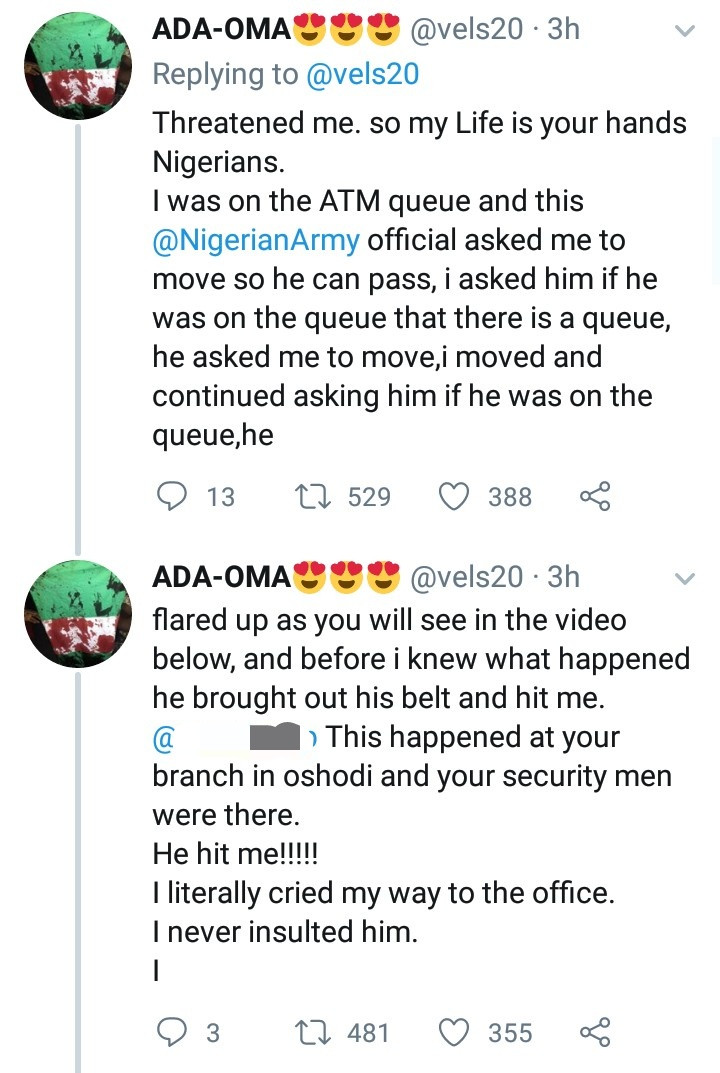 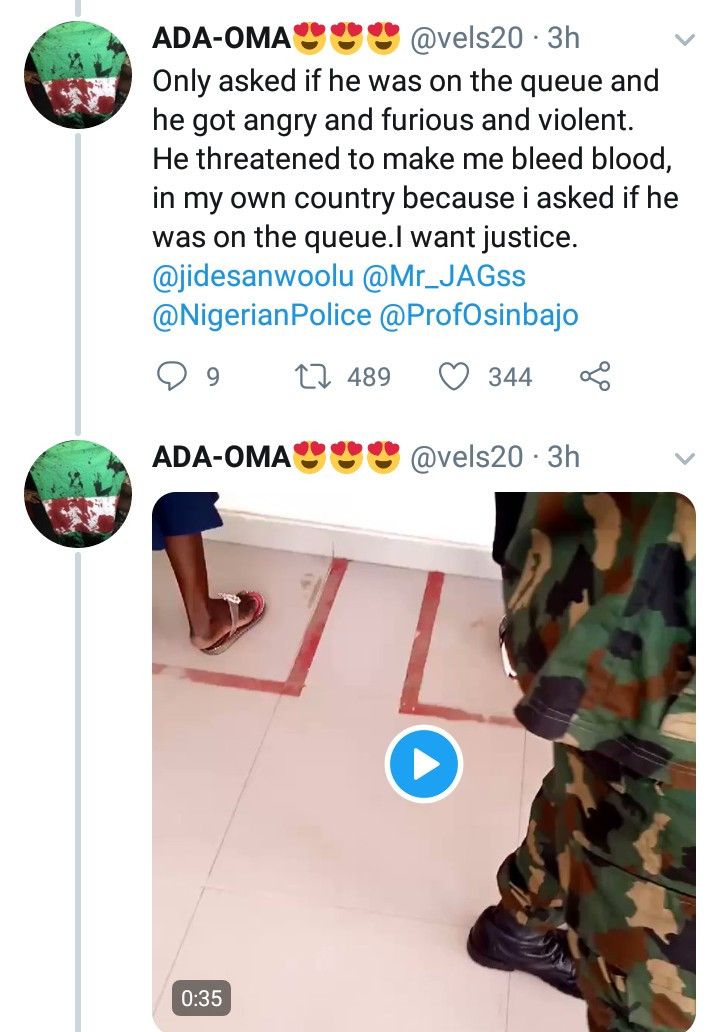 The incident happened at an ATM location in Oshodi on Monday morning, October 26.

Swipe to watch all the videos.

NIGERIA IN TROUBLE? See What Donald Trump Tweeted Because He Feels Nigeria Is Supporting Iran

SAD! Maryam Sanda Sentenced To Death For Killing Her Husband In Abuja