It was a day of colourful carnival festivities which began with the Fantastic boat cruise to the much talked about confluence of Oguta Lake in Imo State.
Different communities and invited and non ivited guests in Oguta and its environs with our brethren from disaspora on holidays marched out gaily dressed in different traditional attire patently Igbo. 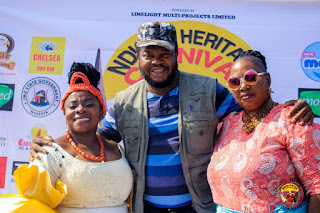 The carnival was a show to behold as it kicked off with a road show – a circutous procession from Ukwuoji Oguta to Oguta Lake.
The parade was characterised with pomp and pageantry giving a long lasting impression in the minds of the people. 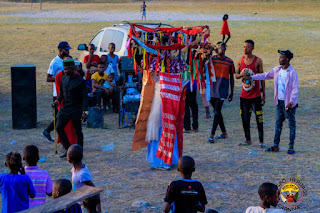 The Ibo people known for treasuring their culture and heritage made a public statement with show on this particular day. Down the years their zeal neither weaned nor withered and it has yielded a consciousness that percolates from Nigeria to Africa to other parts of the world. 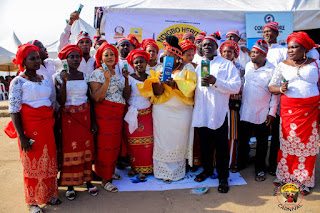 It was in the spirit of this tradition that Ndigbo Heritage Carnival took place on the 27 th day of December,  2019, at Oguta Lake Resort in Imo State as the theme of its second edition “CELEBRATING IGBO CULTURAL HERITAGE”, The event that had the blessing of the Oguta Council of Ndi-Eze, Imo state Ministry of Culture and Tourism,  Ohaneze Ndigbo.
It was proudly sponsored by Eagles Schnapps,  Commodore Schnapps,  Chelsea dry gin brands of Intercontinental distilleries Limited, Molped and Molpix brands of Hayat, Miracleshron international academy,  Grand Hotels Owerri, Emmaoil Limited.  No wonder it turned out as a grand cultural gathering of all sorts as there were a lot to eat, drinks and packages to take home. Nigerians being lovers of culture there had in the congregation people of non igbo tribe who also decked out in their own cultural attire. 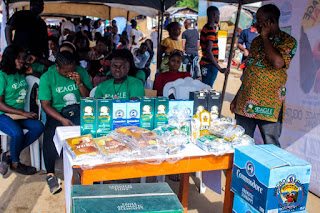 The Founder/Ceo of Ndigbo Heritage Carnival, a versatile and veteran actress Chioma Igwe who championed the social rally was flanked by her compatriots from the Nollywood industry. There were musical performances coupled with cultural dance and masquerades display, children were not left ou as they danced to win prizes. 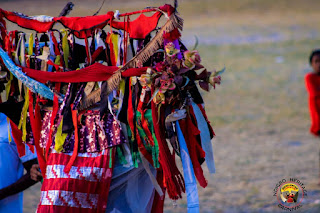 Moreover, the women displayed and showcased their local cuisines and most importantly igbo language was garnished so much that the youths swore never to allow it go extinct. Chioma Igwe has so far sustained this legacy by featuring in Nollywood movies that mostly depict rich Igbo culture and tradition. 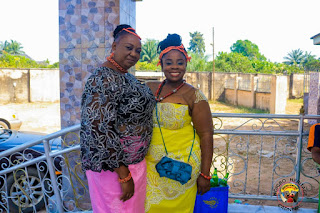 Now her real motivation- The UNESCO report that figured Igbo as one of the languages being erroneously wiped away is what she doesn’t want to happen. “Sometimes we stay in our different base and completely forget a lot of things about our culture including our language.  Most of our children are very fluent in other peoples languages but can hardly speak a word of Igbo. That and many basic things we are trying to stop” She said.
That prepared the way for the major highlight of the day which was lecturing the children on the importance of igbo Language by the Ceo/Founder. It was very entertaining with jigsaw puzzles,  proverbs,  in fact a fun filled event planned and coordinated by ever creative and hardworking team Barr. Carol Mba -project manager, Victor Usman Ejezie – project coordinator, Hon. Emmanuel Ifuma – Logistics/protocol, Maureen Chris – protocol,  Chris Iheuwa Veteran Nollywood actor – Event Director, Daniel Austin(Lovable vibes)- Media  Coordinator.
Overall it was a successful outing and was a melting pot of Igbo traditions.
“I commend the organisers for this noble feat as there’s nothing good as honouring ones culture and traditions.  This is Imo State the land of hope where we celebrate and appreciate our culture” said the  then Governor Emeka Ihedioha of Imo State”.Who was physically present at the event,  he said “Without culture, we will lose our identity and our way, therefore people should protect their culture and this should always cone first in our land”.
The two days jamboree billed to become a yearly programme was successful as a promotional vehicle for the Igbo culture. The pertinent question on the lips of every one is  “Can the organisers pull off a more impactful sophomore effortlessly? Of course Chioma Igwe was hyper-optimistic “The subsequent editions of Ndigbo Heritage Carnival will be bigger, better and fun filled ” she assured.

Burna Boy Chases A Young Fan Out Of His Show, Returns His Money (Watch Video)