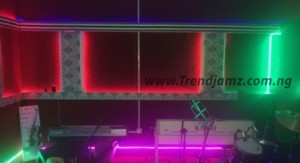 After a successful release of his highly anticipated “One Kiss” album featuring Beenieman, Wouter Kellerman, Fela Kuti and a bevy Of talented Nigerian artistes, Tito Da.Fire (Uduak J. Peters), treated fans, talent managers and the media to a live unplugged session as he unveiled his new colorful and mind-blowing musical haven where he says “brings him and every musical artiste a notch higher and a touch closer to inspiring live music.”

On what birthed the idea of opening a rehearsal studio in Maryland Lagos and tagging it “FIREHITS Rehearsal Studio” Tito Da.Fire said “it is a baby of the future when I had to perform in South Africa with Wouter Kellerman, I dreamt having an uncommon live music rehearsal ambiance where music and passion can meet, not just for me but for the industry”

The event highlight was Tito Da.Fire performing songs from his new “One Kiss” album such as “Dream Come True”, “One Kiss” and “Tea No Sugar” featuring Mima and a host of other artistes and was supported by IDL Limited, G2M Creatives and packaged by Grindiin Records. FireHits is open to the public. Tito Da.Fire’s manager Tumi Lawrencehinted that Tour dates would be announced for various cities and countries within the next few days and thanked fans for making “one Kiss Album trend on iTunes for several weeks after release and said that was a glimpse of Da.fire. 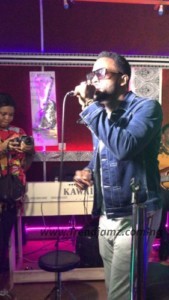 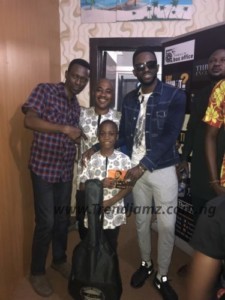 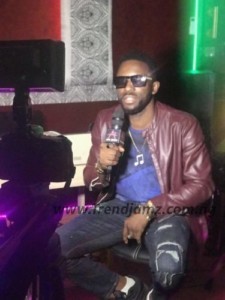 Don Jazzy Reveals Why Women Are Being Evicted From BBNaija 2019

10 International Collaborations That Turned Out To Be Major Flops